Move to the text
Furusato Shikano
Tottori-shi Shikano ourai kouryukan child village dream
〒689-0405
1353, Shikanochoshikano, Tottori-shi, Tottori
TEL 0857-38-0030
FAX    0857-38-0031
mail dream@shikano-dream.jp
Opening time 9:00-17:30
※For the maintenance in the hall, I may have a closed day in a hurry.
We enrolled in a trip adviser. Write impressions if you like.
The trip adviser is the largest trip community site in the world

Kano lord of a castle Korenori Kamei (chew and is, and this appears) 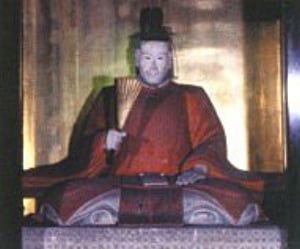 [chew Kano lord of a castle Korenori Kamei (and is this paste)]
I assume birth, kashinyuhidarieimonieiko of Amago father in hot water no * (Tamayucho) of Izumo in 1557 (Koji 3) and give it with hot water new Juro. I was fed in a house of kyushin until 1572 (Genki 3) and I left Izumo at the end of the same year and became a dependent to imurakakuheiei of Yamamiya (Ketakacho) of Inaba. I know the Inaba attack of Katsuhisa Amako, Yukimori Yamanaka and others in summer of 1573, the following day and visit height of good luck in the Kiriyama Castle (Iwami-cho) and fight with height of good luck after this. I defeat a Yabe line rope of young Sakuradani in February, 1574 and I make adopted daughter Tokiko (younger sister of the wife of the height of two girls, good luck of the Kamei Morihide Noto rope) of the height of good luck a wife in the middle of April and inherit a house of Kamei. imina of *kane calls koreko *kane again at the start, and the character is Lord head. 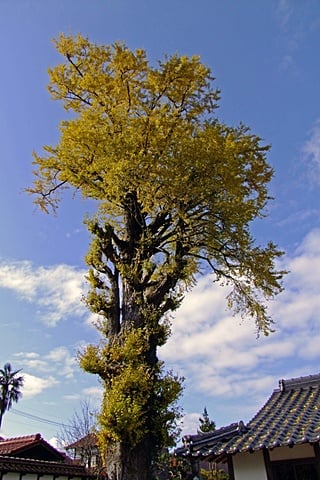 sanchushikakaikosei (a mountain lend that I am transparent and go and serve it) is a military commander of the San-in district from to the Azuchimomoyama era from the age of civil strife. A vassal of Amako. The real name height of good luck (go, and serve it), the childhood name jinjiro (jinjirou). I take the nickname of "the prodigy of San-in" in owners of the superior bravery. I make the first on the list of the 10, Amago brave man, and the anecdote that prayed to the crescent moon, "preferably give me various defects agony" for Amago house revival is famous. I dispatched a vassal corps in the Bicchu Takahashi River, and *kane which became the Kano lord of a castle let Kano take ashes of shikakai home with him/her and built a temple and a grave to cheer up the soul. The name of the temple was named "a height of good luck temple" (politics to ask for) by height of another name, good luck of shikakai (I go and serve it).

In a height of good luck temple, there is the tree of ginkgo planted at the time when a grave of shikakai was built, and I exceed age of a tree 400 years now, and, as for the height, it is a little less than 40m huge tree. 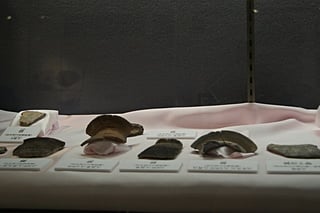 Remains from the Yayoi period approximately 2,200 years ago to the Burial Mound age 1,700 years ago are excavated.
Around earthenware vessels many to an excavated article and farming implements and fishing implements,, besides, Aoya including a stone implement jade and sanukite, the earthenware vessel of Hokuriku, Kinki, the Sanyo district were excavated, and it was revealed that lived a life more than the sea and mountains in the bank of the lagoon while trading with it. The brain of people in the Yayoi Period is famous for the first time as discovered remains in Japan. 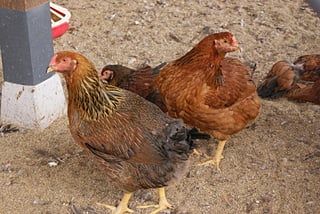 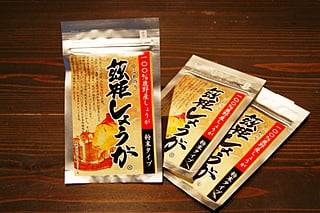 Cultivation of ginger is carried out flourishingly in shikanocho and Ketakacho (sunlight ginger / Mizuho ginger), and it is said to be the origin Prince Kano lord of a castle Kamei 玆 quadrature takes it to go by trading ship authorized by the shogunate trade from Southeast Asia more than approximately 400 years ago, and to have encouraged cultivation.
The artefacts such as a rice cracker and a steamed bun using ginger, the ginger powder are made, too, and the event of ginger is held in Ketakacho, too. 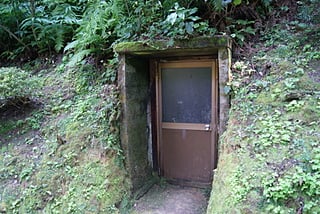 Harvested ginger is stored in "a ginger hole" using a cave more than half a year and draws a taste and an effect of ginger still more because it is matured. 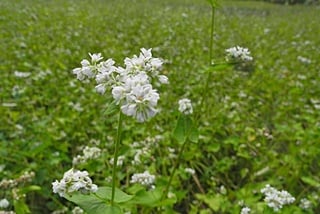 (the in full bloom of the flower of the side: from the middle of September for approximately ten days)

Bo not to borrow does not borrow it 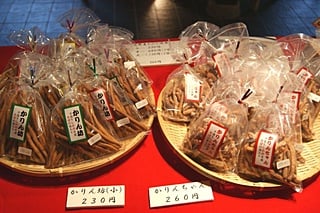 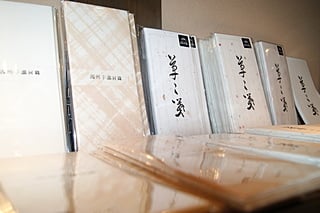 The history of the Inaba Japanese paper is old, and it is said that I was made from approximately 1,300 years before. In Tokyo, Inaba Japanese paper was used for a large lantern of Senso-ji Temple in Asakusa.
"A head of a brush does not ache no matter how much I write it and sumi nokasureganaku is long and can write it"
Much calligraphy standard size Japanese paper, Chinese drawing paper are produced other than without "a writing brush cutting" the Japanese paper of the high quality named by the meaning of these two.
The sound that papermaking craftsmen handle "chappon, chappon" and a mat figure today sounds through aotanichonichiokijiku blessed with "kazo" (ask) "mitsumata" (three-pronged) "unsized silk paper" (gampi) and the clear streams becoming the raw materials of the papermaking.
HP → aoya Japanese paper studio
Tottori Inaba Japanese paper cooperative 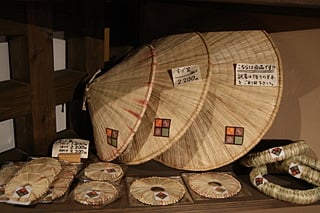 It is "Kano sedge hat" Kano lord of a castle Korenori Kamei recommends it as a side business of the farmhouse for a help of the farm village promotion 400 years ago, and to have let you make it. Because "I fix it" is light and is not stuffy, it is used habitually widely even now. 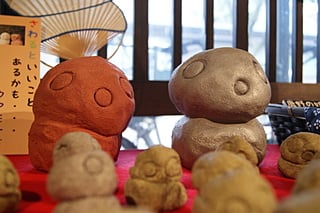 I put "the monad" which meant a biological parent, "a horse" of Mada and a single child of the monadism of German philosopher live Nitze in fairies of Kano together was named "a horse monad". "They win and see it, and, as for the pretty unglazed doll, the miscellaneous goods such as T-shirts are produced for "a bell" a garden". When the horse monad walks the Kano Castle bottom, I can meet you in various places. 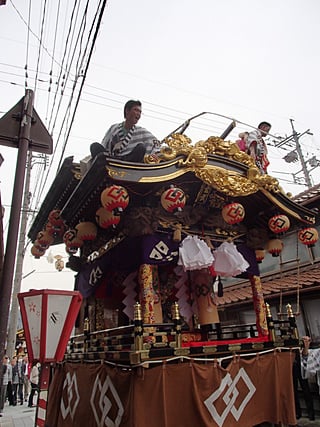 I am appointed in "Tottori immaterial folk cultural assets", and there is the history of 400 years and is held once in two years. I place a flag of Konnyacho, and, drum, flute, Sakaki of Kaji-cho, stand "Xuanwu of Daikumachi," a line progresses in order of an omikoshi, Shinto priesthood of Tonomachi, a rear attendant a drum, a flute, a lion, a heavy drinker, a stand "blue dragon" of Kamimachi a stand "god of the south" of Yamanecho the stand "two change gate" of the downtown area.
In late years the eve of a festival, the main festival is held on second Saturday and Sunday of April. 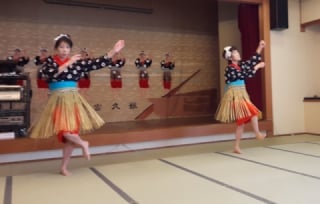 The representative folk song of the sea coming to Hamamura Onsen.
As for the origin, it was not sure, but I shook the soul of the fishermen whom the hard labor of the fishery had to be worthy of and have been handed down. Choreography is cured to be easy to dance in postwar period and continues dancing it as "a total dance" by "a shellfish pattern clause festival" performed in the beginning of August now for dozens of minutes.
I come first in a national folk song contest carried out for an event of the first anniversary of morning sun broadcasting station opening of an office of 1953, and the name will be known to the whole country. 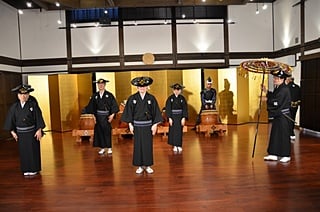 The traditional arts "Kamei dance" that is appointed in the immaterial folk cultural assets of the prefecture
In one of the oldest elegant dance "haneso dance" to remain in Inaba each place, I am comprised of three leading, drum one, kasashin two, dancer six.
Being danced by a dance girl of the crested kimono black costume, the swing of the dance are different from the other nohaneso dance.
It was started for the succession, preservation and announcement and the spread of Kamei dances "Kano Kamei dance preservation society" in 1974. 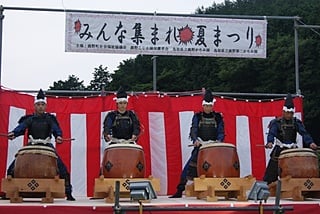 The creation drum "Kano Kamei drum" which got the cooperation of the leader of Takarazuka all-women's opera after "Kano Kamei dance preservation society" start, and expressed struggle with Prince Kamei and soldier main source six concerning the Kamei dance.
What I wear armor used in "Kano festival" to be held in Kano castle town and play features it.

1987 (1987) Kano townsman music festival executive committees played a key role, and "the hometown musical" of the townsman handicraft came to be performed while receiving the support of music, the theatricalist of the Takarazuka all-women's opera beginning Keihanshin district area.
I invite public participation for a performer and the staff every year and local inhabitants predominate by a script, casting, a performance and repeat exercises for a performance of twice a day once a year for half a year.
Five original works which featured the theme of legends of the shikanocho are produced.
A 1987 "Princess Sakura story"
1992 "dance I see it no castle"
The 1995 "day when a festival revives to Kano"
1999 "pale night of Kano"
2002 "raincoat and I have trouble thread of the spider to Kano!"
"I split open in Ayutthaya and have the honor of being you" for 2,013 years
I win "Minister of Home Affairs commendation" as a community improvement excellence group in 1997.
Member of Kano townsman music festival practice party is "Tottori-shi culture prize" receiving a prize for 2,004 years.
facebook → Kano oldness and musical
A legend and old tale of Kano → Princess Sakura story
The 29th Kano oldness and musical "Princess music drama Sakura story" performance information
[the date] Sunday, February 28, 2016
[time] The 14:00 start (as for the opening 30 minutes before start)
[venue] Tottori civic center 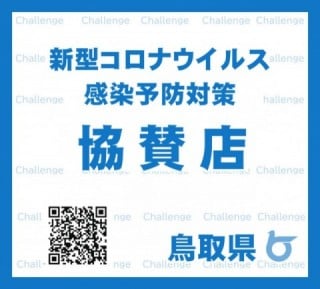